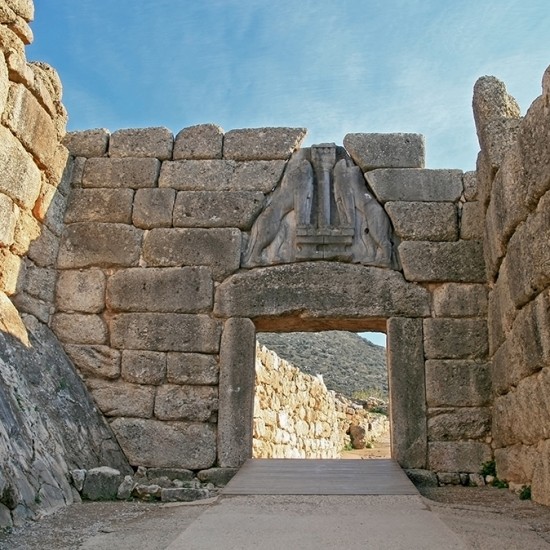 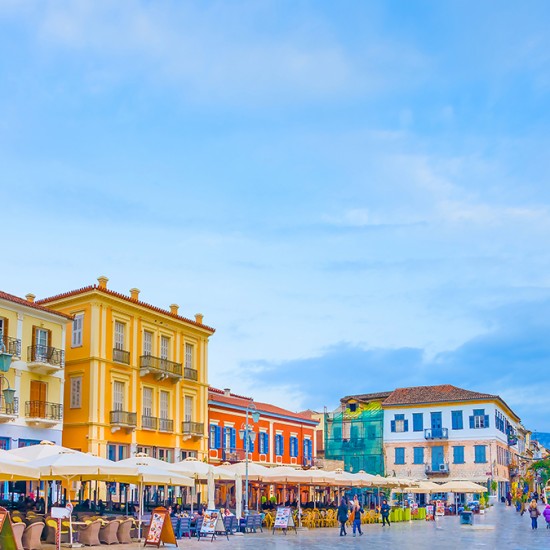 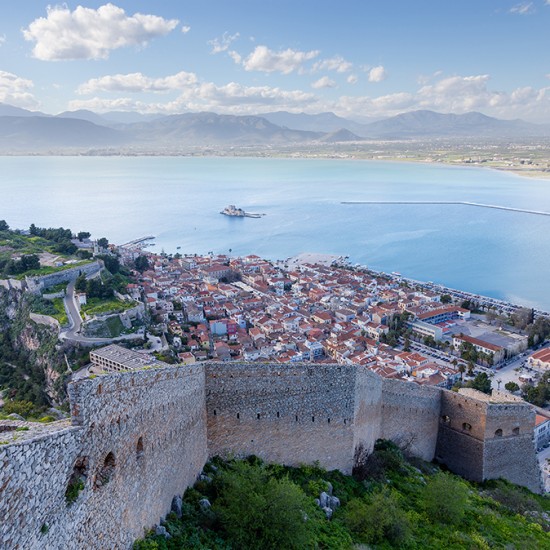 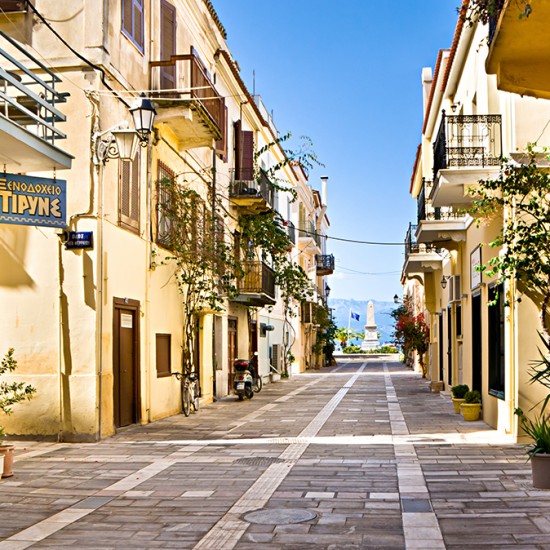 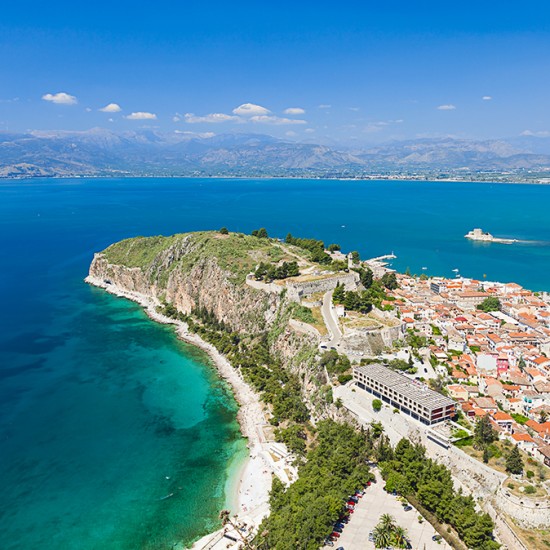 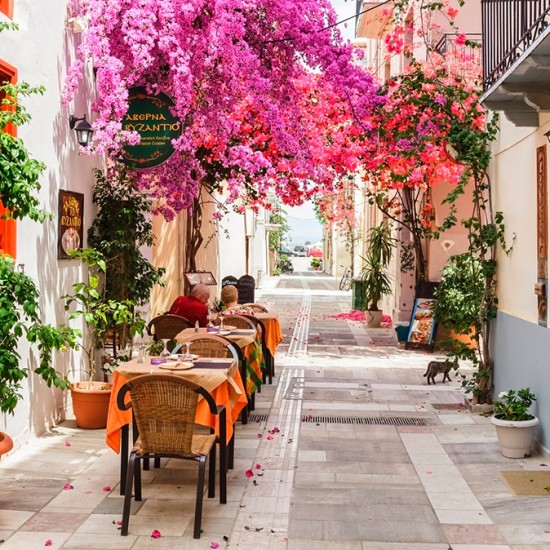 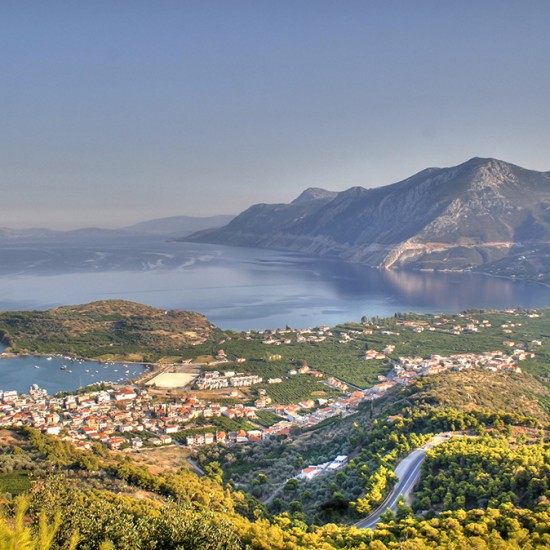 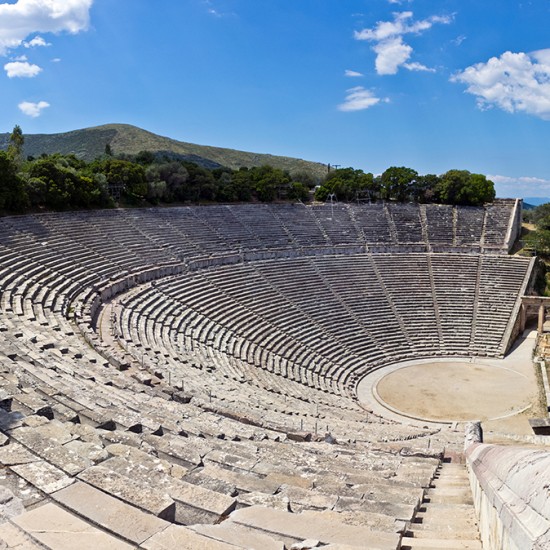 Explore with this guided one full day trip from Athens to Nafplio area the remains of the ancient city of Mycenae, the unique Epidaurus Theater and enjoy Nafplio, one of the most beautiful cities of Greece.

Depart from Athens for one day tour via the coastal National highway for the Corinth canal (short stop). After the Corinth Canal, you enter the region of Argolis, land of Homer’s Golden Mycenae, an UNESCO World Heritage site. Dating back to the second century B.C., Mycenae was one of the major centers of Greek civilization and a military stronghold which dominated much of southern Greece. Visit the archaeological site, home to the kingdom of mythical Agamemnon. You will see the Cyclopean Walls, the Lion’s Gate, the Royal Tombs, including Agamemnon Clytemnestra’s, and the Treasury of Atreus, a magnificent 14th-century B.C. structure. In Mycenae you will have the chance for an optional stop in a pottery factory.

Then, proceed to Nauplio the first capital of modern Greece with its Venetian fortress of Palamidi and the fortified islet of Bourtzi. It was named after Nafplios, son of Poseidon, and it is home of Palamidis, the local hero of the Trojan War and supposedly the inventor of weights and measures, lighthouses, the first Greek alphabet and the father of the Sophists. After a walking tour of the city, you will have lunch in a restaurant beside the sea with amazing views of Bourtzi islet in the middle of the Port. Those who have selected the option without lunch, will have the time to explore further the city or relax having a nice coffee.

Continue on to Epidaurus and visit the ancient theatre. The UNESCO’S world heritage listed monument is reputed to be the birthplace of Apollo’s son Asklepios, the healer and was the most celebrated healing center of the classical world. Epidaurus is probably most famous for its theatre, one of the best preserved classical Greek buildings and still used today due to its amazing acoustics. The Argolis (Mycenae – Epidaurus) day tour returns to Athens in the late afternoon.